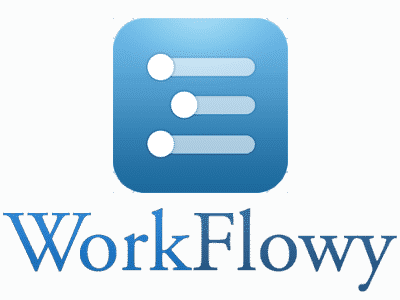 It’s the last day of the year – December 31st – and the right time to be thinking about the coming year, goals and resolutions. Generally-speaking, I’m not a New Years’ Resolution kind of guy. I think it’s contrived to only think about resolutions a few days of the year. If you want to do something new or set yourself on a new course, you should just go out and do it. That said, each year I look at the new crop of smartphone apps and web apps that aim to help with resolutions and goals – Wunderlist, Evernote, Writebox, AwesomeNote – and I come back to the same web app I’ve been using for several years – Workflowy.

WorkFlowy is simple. That’s why I love it. It’s kind of like the Kindle vs the iPad argument. What it does superbly is let you create nested lists in a quick and responsive Web app. It reminds me in some ways of distraction-free text editors, such as Writebox and Writebox Mac app, which provide an austere workspace so you can focus and write. The possibilities for how to use Workflowy are infinite, although while testing the app, I wondered at times how people actually do use it, because depending on their stated purpose, the app may be lacking some key features.

There is no calendar and very little in the way of distracting project management features. I use the free version, but there are two different pro versions that let you create longer lists, change fonts, add custom backgrounds, sync with dropbox, or share your lists with team members. (free to $49 per year for Pro)

To use Workflowy, you simply type right on the screen. Enter new text, and it turns into a bullet point. You can add more bullets, sub-bullets (nested items), as well as a note, which appears directly below the attached item in a slightly different font.

You can mark complete, export, share (via a link), duplicate, and delete any item by accessing a little menu by clicking on its bullet, or through keyboard shortcuts. Click on any item, and it opens to become the top level of the page, similar to opening folders and subfolders in most operating systems. A path at the top lets you back out. See the video below to get a better sense of Workflowy in action.

You can take your WorkFlowy lists with you everywhere you go now that there’s also a free iPhone app.