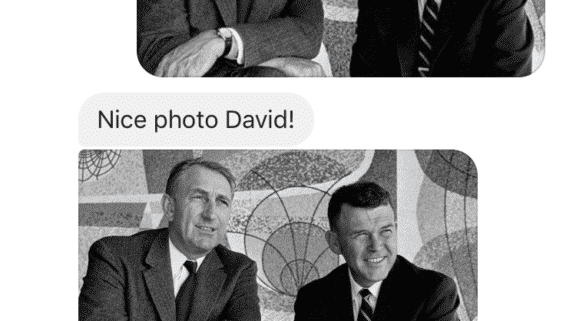 In April, Facebook announced the launch of the Messenger Platform – a new service that gives businesses the ability to build custom facebook bots in Messenger. This has extreme marketing potential because the facebook bots functionality would already be built into an active user base. Facebook Messenger has about 900 million monthly active users worldwide.

As Zuckerburg said in his keynote, “No one wants to have to install a new app for every business or service they want to interact with.” To understand the full potential, we have to define a few things.

What is a Bot?

Sounds like robot, but a “bot” is a generalized term to describe any software that automates a task. What’s special about the facebook bots you can now build on Facebook Messenger is that they’re created using Facebook’s Wit.ai Bot Engine, which can turn natural language into structured data. This means that the bots can learn and essentially “get smarter” with each interaction. This is a type of artificial intelligence (AI).

If you build a Facebook Messenger Bot, will people use it?

The answer is maybe. Users can search for companies and bots inside Facebook Messenger by name, but companies are definitely going to have to promote these bots. For more information on this, read find and contact businesses on messenger.

The example Mark Zuckerberg lauded in his keynote was the ability to send flowers from 1-800-Flowers without actually having to call the 1-800 number. A user, Danny Sullivan, subsequently tried it by sending flowers to Zuckerberg himself and documented the five-minute process here.

The bot took Sullivan through a few floral options and then confirmed shipping details.

With the Wall Street Journal bot, readers can get live stock quotes by typing “$” followed by the ticker symbol. They can also get top headlines delivered to them inside of Messenger.

HP created a bot for Messenger that lets users print photos, documents, and files from Facebook or Messenger to any connected HP printer.

Facebook is releasing its own Messenger bot, a personal assistant name “M”. M can answer a wide range of requests — from restaurant recommendations, to complex trivia, to last-minute hotel rates in the city.

Its flexibility is due to the fact that M is actually a bot-human hybrid. As Facebook’s chief technology officer Mike Schroepfer told Recode: “It’s primarily powered by people, but those people are effectively backed up by AIs.” While the bots act as a first line of defense in fielding questions, the difficult questions are quickly routed to human assistants.

Should You Build A Bot?

This is a hard question to answer, but you can start with the following questions:

Do you have a clear use case?

One big reason that many companies failed when building business apps is that they saw it as just another version of their website. They didn’t take the time to study how being on a mobile device would change the types of interactions their customers would want to have with their company. Some tasks are just not well-suited for mobile. So when you think about building a Facebook Messenger bot for your company, remember to think like your customer. How would they use it? What do they want to achieve?

If you have an audience who uses Facebook heavily in their personal lives, they’re likely to adopt Messenger as a communications tool. And how they use Messenger may expand beyond how they use Facebook.

Can you support inbound inquiries from Messenger?

This, for me, is the most important of the three questions. Don’t open a communication channel with your prospective and existing customers if you can’t support it. Even with the automation of a bot, you’ll still need to prioritize time to 1) promote it 2) monitor any questions your bot can’t answer and 3) keep tabs on the overall customer experience you’re creating with it.

If you’ve thought through the above three questions and think you’ve got a good foundation for a Facebook Messenger bot then dive in. There’s certainly a benefit to being an early adopter in this space.