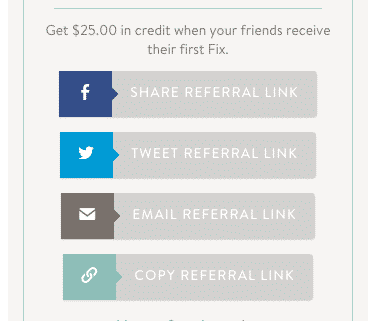 In the first post – How to Build a Referral Program – Part 1 – I discussed the reasons why you should create a referral program and described what you should and shouldn’t do to be successful. In this post, I am going to give you a few examples of online referral programs.

Dropbox – Dropbox built their empire out of their referral program. Dropbox gives you and your friends an extra 500MB of storage space for each referral, up to 16GB.

Why Dropbox’s referral program was so effective:

This program ended in 2003, but referrals helped PayPal achieve 7 to 10% daily growth, catapulting their user base to over 100 million members.

According to David Sacks, original COO of Paypal, Paypal used to literally pay people to invite their friends.

It turned out to yield better marketing ROI than traditional marketing channels.

Airbnb will give you $100 for every friend you invite.

Because these cookies are strictly necessary to deliver the website, refuseing them will have impact how our site functions. You always can block or delete cookies by changing your browser settings and force blocking all cookies on this website. But this will always prompt you to accept/refuse cookies when revisiting our site.